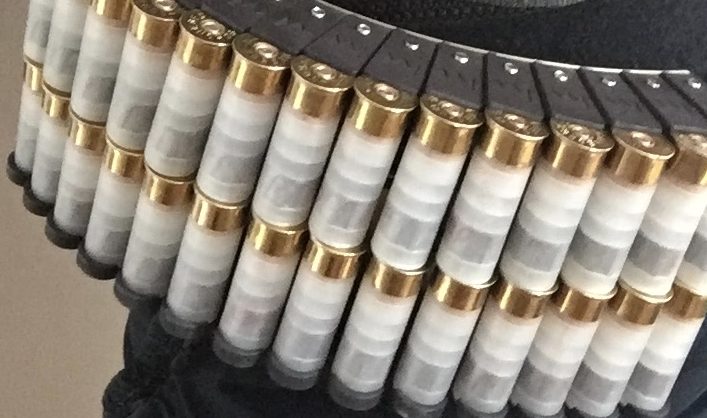 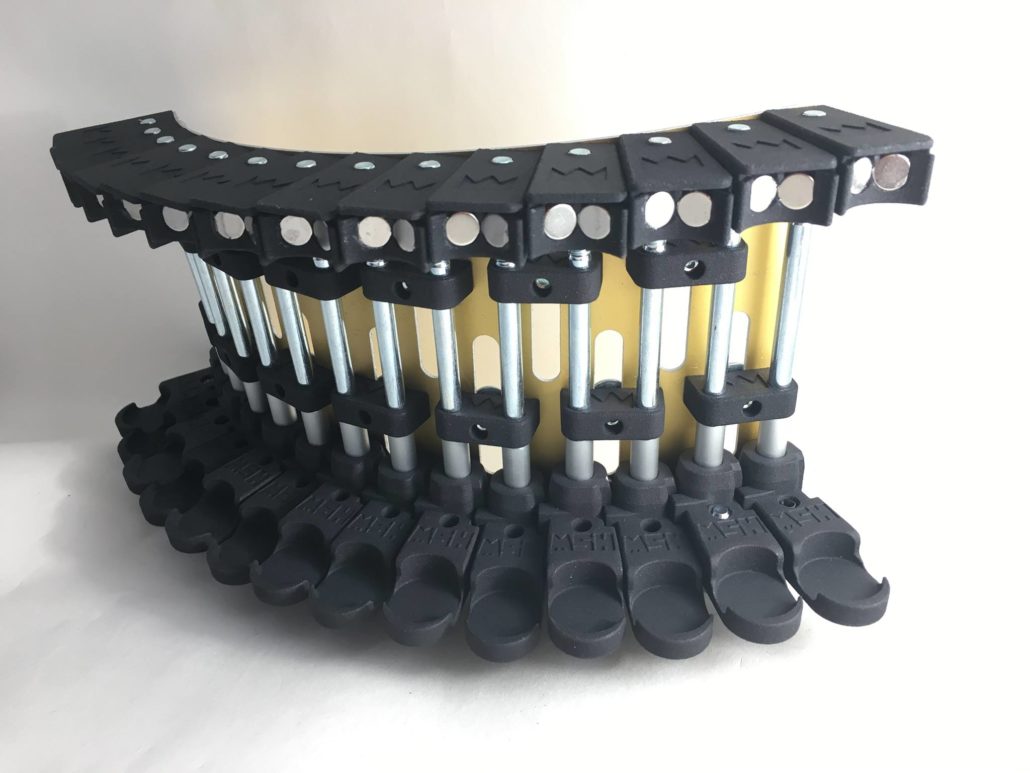 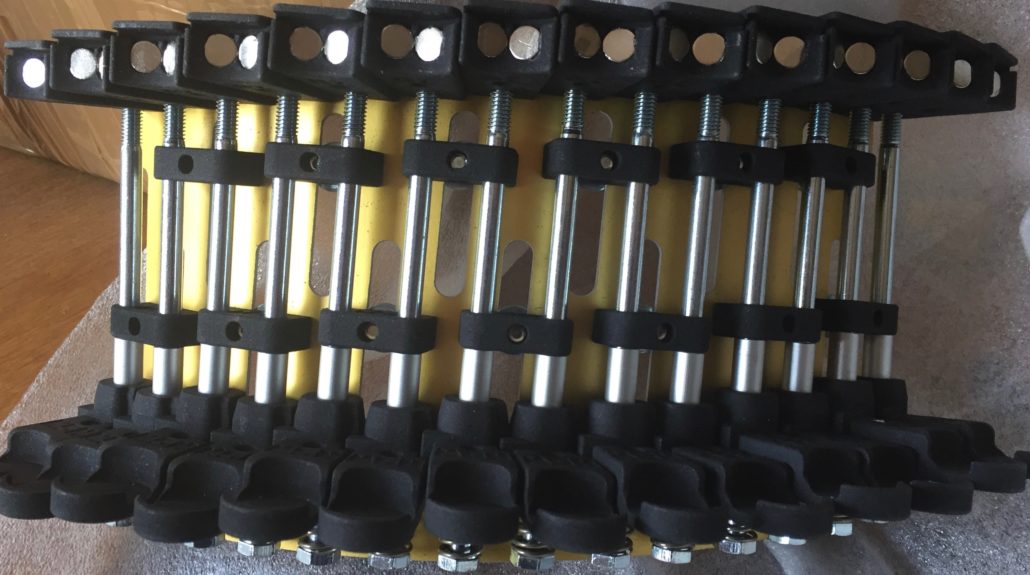 Even with the smallest hands you can do quad – loads with this fantastic rig!

My blog is about my personal journey, the places I´ve seen and products which are my favorite companions. So, whatever I write is my personal feeling and should not be considered as an objective and comprehensive product review.

I started shotgun shooting with the Chameleon load two belt.  It is very good and easy start into IPSC Shotgun. You can focus on your gun and with a little practice and effort you can load two in a decent time.
As I have very, very small hands I didn´t even think of quad loads at that time.
Whenever someone tried to convince me to make quad loads instead of dual loads they looked at my hands, felt really sorry for me and then tried to cheer me up by saying, if only I would do the two faster it will also be ok.
But I didn´t want to feel handicapped. Especially as I didn´t even try!
I ordered just one King Competition shell holder for 4 shells, put some Velcro on it and placed it on my handgun belt. Turned out sometimes it worked! Ok, a few times, but it was possible to grab 4 and load them into my gun! I thought: “If this works ONCE, it´s just practice!” And so I practiced my fingers to the bone.
“Don´t practice until you can do it right, practice until you cannot do it wrong!” seems to be for quad loads even more valid than for anything else. As they are essential for a good performance in IPSC Shotgun.
You see, there is absolutely no excuse for anyone anymore! It´s just practice!
To be honest, I can only hold 4 shells if they are fixed in a King Competition shell holder!
I cannot even grab 4 if they are laying on a table. No matter in which time.

I have now generation 4 and generation 5 of the King Competition shell holders.
Generation 5 has one significant difference compared to the last generation: The spring! The base module is levelling itself to whatever ammo size you have.
In training, where I mix all the 28g ammo I´ve left and during a competition, as for instance my Buckshots are longer than my Birdshots.
But especially when I fly to matches and use the match ammo, it saves a lot of (preparation) time.

Generation 5 even minimized the gap between the shell holders (although generation 4 had hardly any). But as there is absolutely no gap between the shells I can load 2 or 4 without feeling even the slightest difference in grabbing them. I heard of a shooter who loads even 6 at the same time! This is awesome! Although it will never ever happen to me.
I am happy enough with the fact that King Competition enabled me to do quad loads, which I never thought would be possible!

If you want to hear more, feel always free to contact me !

No Mental Training?
Not yet!

The benefits of
online coaching
Scroll to top

This site uses cookies. By continuing to browse the site, you are agreeing to our use of cookies.

We may request cookies to be set on your device. We use cookies to let us know when you visit our websites, how you interact with us, to enrich your user experience, and to customize your relationship with our website.

Click on the different category headings to find out more. You can also change some of your preferences. Note that blocking some types of cookies may impact your experience on our websites and the services we are able to offer.

These cookies are strictly necessary to provide you with services available through our website and to use some of its features.

Because these cookies are strictly necessary to deliver the website, refusing them will have impact how our site functions. You always can block or delete cookies by changing your browser settings and force blocking all cookies on this website. But this will always prompt you to accept/refuse cookies when revisiting our site.

We fully respect if you want to refuse cookies but to avoid asking you again and again kindly allow us to store a cookie for that. You are free to opt out any time or opt in for other cookies to get a better experience. If you refuse cookies we will remove all set cookies in our domain.

We provide you with a list of stored cookies on your computer in our domain so you can check what we stored. Due to security reasons we are not able to show or modify cookies from other domains. You can check these in your browser security settings.

We also use different external services like Google Webfonts, Google Maps, and external Video providers. Since these providers may collect personal data like your IP address we allow you to block them here. Please be aware that this might heavily reduce the functionality and appearance of our site. Changes will take effect once you reload the page.